YoungstaCPT has just dropped off the official visuals for his ‘Dear Rikhado, Love Riyadh’ song which he releases after the unexpected passing of Riky Rick. These new visuals were shot by Mzi Xander & Son of Yusuf and find YoungstaCPT performing the song in the streets of Joburg and interacting with fans & friends alike. These visuals were made to further extend the tribute to the legend and witnessing YoungstaCPT embrace those he comes across in the streets truly reminds us of Riky’s spirit which embodied a sense of community always… We also see clips of YoungstaCPT’s Cotton Fest performance through the video too. The song already hit the heart when it was release and these new visuals do well to enhance those feelings. 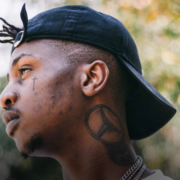