The concept behind an album is to capture a moment in time, a moment that you can relive through music. Creating an album is almost a lost art in the age of streaming. Unfortunately, albums are unnecessarily bloated to inflate streams, and there is very little to discern the difference between an EP, mixtape and an album.

There is also a narrative prevalent in Hip Hop that one cannot create a complete body of work based on sonic exploration and expression rather than concrete subject matter. Hip Hop is a genre rooted in storytelling; however, the genre and societies we live in today have evolved the sound to push it to greater creative heights. I’m going to use Okmalumekoolkat’s uShukela eTiyeni album to explore why I feel this album is a perfect illustration of how an album can be created without relying on heavy subject matter but still creating a new world through sound.

Above is the image used on the cover art of the album. Like his 2016 Mlazi Milano cover art, the image used on the cover is seemingly simplistic, but as the saying goes, there is a method behind the madness. uShukela eTiyeni is a musical capsule as much as it is an album. It captures the current juncture that Okmalumkoolkat is at as both an artist and a person. On his IG, he shed some light on the inspiration behind the cover art and had this to say, ” I didn’t opt to get a stylist or new mpahlas. I just chose to use the mpahlas I had at the time. I mean, on my last album, Mlazi Milano, we used a selfie I took at the beach while I was out with the famalam, it was a beautiful memory that I wanted to gooi in a time capsule forever, what better place than a debut album cover?”

Okmalumekoolkat is both a cross-generational and genre-fluid artist. He is something of a middle child, bridging the gap between the late 2000s and the mid-2010s era of SA Hip Hop. Malums has maintained his relevance in the game by fusing elements of Kwaito, Hip Hop, Electro and Gqom. uShukela eTiyeni is somewhat of a victory lap album that caters to every corner of his fan base that he’s accrued over the years.

He opens the album with an ode to the core of his fan base, the ‘Spova Nation’, with songs like “Spova The Gange Superior” and “The Mpahlas – The Remix” Featuring Windows 2000 and 45 Degrees. This portion of the album is characterised by Malum’s trademark flows and melodies filled with braggadocio, embodying the energy of Spova. “Whe! Rhe!” marks the end of this section of the album, and Okmalumkoolkat transitions us into a different part of his journey.

Born in uMlazi, KZN, Okmalumkoolkat still carries the energy of his hometown through Gqom. Songs like “Ngamadolo – Thukzin” and “Lokshin Gqom Wave” see him flow over unapologetically Gqom production in his mother tongue, isiZulu. The Griffit Virgo Remix of “Weekend Egangile” has clear electro influences, a sound that we have seen him lend inspiration from on his 2014 Holy Oxygen I EP.

He rounds off the album with my favourite pocket of sound from Okmalumkoolkat – Love anthems. A song like “Uthando To The T” is reminiscent of another anthem by Malums, “Amalobolo (Slow Jam Sase Mlazi)” off of his debut album, Mlazi Milano. Okmalumkoolkat possesses the unique ability to make songs about a topic like love without leaning heavily into R&B, or the stereotypical heart broke trope. African love stories have always spoken highly of their partners and the pursuit of love, evident in a song like “Vele Kunjalo”.

Okmalumkoolkat’s uShukela eTiyeni is an album that the kids can use to reference an album that contains easy to digest ideas that are both sonically diverse and encapsulating. Malums covered every side of himself on this album, from his umswenko loving side to his experimental forward-facing mindset. Listen to uShukela eTiyeni below. 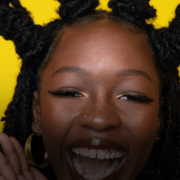 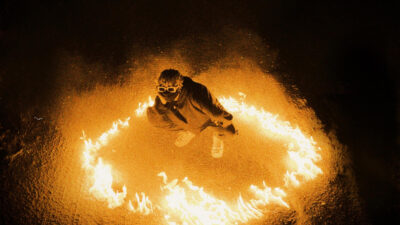 Enigmatic. The one word I would use to describe burningforestboy. I’ve been listening to burnigforestboy ... 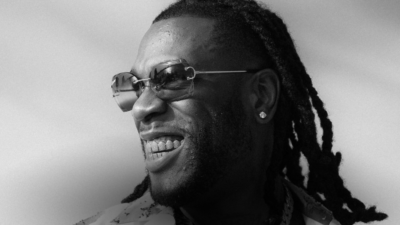 Burna Boy has just dropped off a new single called ‘Last Last’ that is pretty ...