Tyson Sybateli’s HOME album is shaping up to be one of the most promising rap projects of the year. Today, he released the second single from the album titled “Heaven’s Gate”, featuring fellow Pretoria based vocalist Francis Jay. “Heaven’s Gate” follows the smooth downtempo rap blueprint he brought on his last single.

Pitched up looped vocals provide the song’s lead melody and offers Tyson Sybateli more room to play around with his flow, similar to his performance on “Homecoming”, featuring Una Rams. I enjoy hearing him deliver harmonies as much as I enjoy listening to him rap, which he does towards the tail-end of both “Heaven’s Gate” and “Homecoming”. It seems that the presence of vocalists brings out this other side of Tyson Sybateli. I cannot wait to hear how this song fits into the overarching story behind HOME. Listen to the single below. 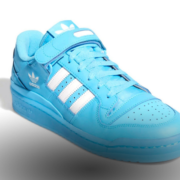