Visually and artistically inclined, Money Badoo isn’t an artist that one could easily forget. A genuine diamond in the South African music landscape, Money Badoo’s PORN$TAR album is an outlier due to its high-quality bubblegum trap inspired production and Money Badoo’s innate ability to conjure melodies that exist in the perfect rhythmic pockets of the production.

The title, PORN$TAR, is purposefully provocative. It instantly challenges the concept of ‘judging a book by its cover’. The album title and cover art are perhaps the most authentic representation of Money Badoo as an individual. On the surface, it is easy to dismiss her work. It feels like the shock value is part of the album. Our generation has been criticised for being overly sexual or lacking creative integrity for far too long. Money Badoo’s PORN$TAR album has the makings to be the soundtrack of today’s youth mentality. Let’s examine the single for the album, “PI$TOL POP”. The production is reminiscent of the playful early trap era that was ushered in by the (in)famous 2016 XXL Freshman Class that featured colourful characters like Lil Yachty and Lil Uzi Vert. The song sees her enter a near mumbling cadence; however, it carries enough sonic quality that even detractors of the sound would not be able to describe it as ‘low hanging fruit’. The reality is that each generation has its influences, and the carefree and playful nature of the song perfectly encapsulates the lifestyle of the youth of today.

The term ‘superstar’ has lost its meaning due to its overuse in pop culture and among up-and-coming artists alike. Very rarely does an artist have a body of work that oozes Pop Star, let alone a single. Money Badoo’s appeal lies in the fact that she can exist on different ends of a spectrum. For example, the song “H3ART OVERBOARD” is easily digestible to those whose ears aren’t accustomed to her music whilst carrying an anthem quality of a major Pop-Rap record.

I can firmly say that from both a visual and sonic perspective, Money Badoo is unmatched. 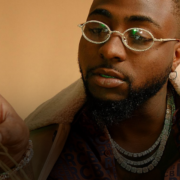 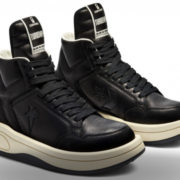