Platoon has released the second edition of their African lullabies series. Recognising the need to preserve African culture through song, the distributor has opened its scope of artists for the sequel. African Lullabies Pt 2 features West African heavy hitters like Asa and WurlD and rising talents like Ayra Starr and Manana. Check out the playlists below. 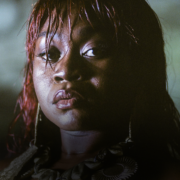