This week’s episode features a conversation with Mellow & Sleazy, the 5 hottest tracks of the week, Africa Rising, and LootLove’s favourite track of the week!

On Saturday South African amapiano production duo Mellow & Sleazy will join LootLove via FaceTime on Apple Music 1 to talk about their latest track, ‘Chipi ke Chipi’. They will also discuss showcasing emerging talent on their new album, Midnight In Sunnyside, playing with experimental sounds, and how they developed their unique creative process.

The underground talent that we have on our EP… the first one is M.J, he’s a rapper and singer. He’s been on a lot of hits actually, he’s one of the vocalists that we always work with because he’s very versatile. He can do what five vocalists can do in the studio, so that’s why we’re always working with him. Another one is Matute Boy. Bacardi usually needs someone to rap fast, and with the lingo… and who else? Azi! Azi is a singer, we’ve just started working with him now, he’s very very new but he’s too much. I’ve never heard a voice like that so yeah, we’ll see where that takes us.

You can tune in and listen to the full episode at a special time this Saturday, May 21st at 10a Lagos/London / 11a Johannesburg/Paris / 2a LA / 5a NYC on Apple Music 1. 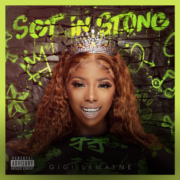 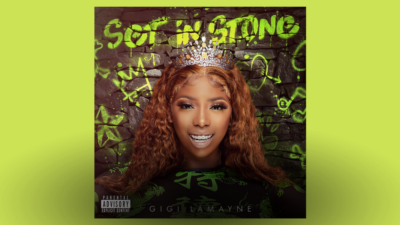 This time tomorrow Gigi Lamayne’s new Set in Stone album would have dropped and before ...