Last week Friday, Davido dropped off a new and his first single off his next album called ‘Stay Strong’ that features the Sunday Service Choir. The song’s reception has been positively received since its release because it heavily leans towards the motivational side as its messaging conveys feelings of hope and motivation.

In his post about it, Davido did address how this one is just different as many of us have been conditioned to dance records from the global star but this time around he is bringing us into the other part of his world which is the part where every day is a battle but perseverance is key…

This one’s for everyone out there holding it up. I know what I’ve experienced the past 10 years, and alot of you have been through it all with me. But… have you really? For the first time I want to bring you into the other part of my world. The part where every day is a battle but I have no option but to STAND STRONG. I present to you, the first single off my next album. 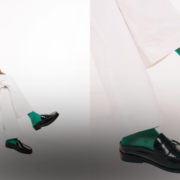