Spotify‘s African Heat playlist is a collection of Afro-pop music from all over the diaspora, from the continent itself, to the U.S.A., U.K., France, Netherlands and Brazil. More than a celebration of the unique and futuristic sounds coming from the region, African Heat is a testament to the creative influence emanating from the continent with the world’s largest youth population. The long list of artists who are inspired by their roots and embody a progressive, futuristic spirit goes beyond music. Other creatives, like photographer and director Danielle Mbonu, are contributing to the undeniable and distinctive movement emerging from Africa — one that has long been happening, but is finally getting its rightful place on a global stage.

The multi-disciplinary artist lives between, Lagos where she was born and raised, and the U.K. where she’s currently studying. In addition to an impressive resume that touts OFF-WHITE and Nike as some of her clients, she uses her photographic lens as a celebration of the people and places that make her. Take, for example, her photo series entitled “Isi m Ebube” (which translates to On my Head Glory), which showcases women in extraordinary braided hair styles, offering commentary on the importance of embracing one’s own beauty, tastes and culture. She also recently ventured into directing, helming the music video for fellow Nigerian Naira Marley’s song “Aye.” HYPEBEAST spoke with Mbonu about the intersection of music and visuals, the role of her culture, the creative momentum in Lagos and the songs she’s currently obsessed with.

HYPEBEAST: Spotify’s new playlist is called “African Heat.” How would you describe the creative scene in Lagos that’s contributing to the “heat” coming out of the region? What do you find most exciting or inspiring about the music and creative scene that you’re a part of?

Danielle Mbonu: I think Lagos is a very important fixture in the global Black creative scene and Nigeria as a whole. Most of the biggest artists and creatives in Africa are from Lagos, and I think the creatives here are really putting Africa on the map. The most exciting thing for me is the growth and the fact that people are finally acknowledging what’s happening here internationally and giving Nigerian creatives their flowers because it’s always been like this. Everyone here is fire.

What role does music play in your own creative process?

I’ve always been a very music-oriented person. I never go to any shoots without my speakers and it’s almost like I need music playing in the background for my shoots to go good. I’ve also been very invested in Nigerian music all my life — I love Afrobeats. I didn’t plan for it, but it almost seems predestined that I ended up working with a lot of artists via my creative work. 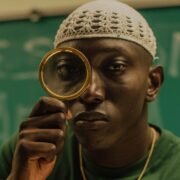 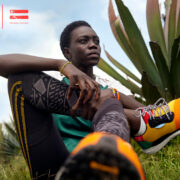 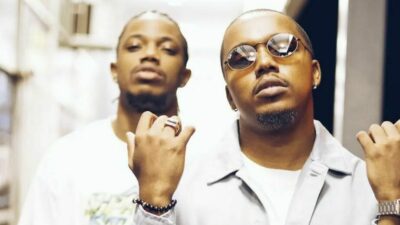 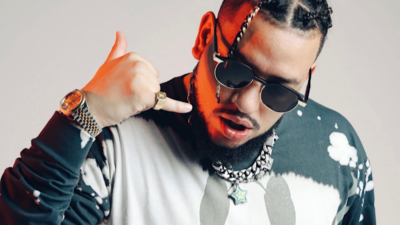