Apple Music is opening the world to the beauty of African music and I’m glad to be one of the select few that are championing the new school sound and breaking boundaries in these exciting times. Love! – Victony

Born in Orsu, Imo in Nigeria, Victony’s foray into music started with his Soundcloud mixtape called, The Outlaw King (2017), and although he started out primarily rapping, he began to incorporate elements of trap, R&B, and Afropop into his music showcasing his versatility, and experimenting with his sound.

After being in a car accident that almost claimed his life and the use of his legs, Victony was confined to a wheelchair for months during his recovery. But he didn’t let that deter him from making music, releasing several hit singles like the introspective “Pray”, and the upbeat collaboration with Mayorkun called “Holy Father”, as well as working with Grammy-winning producer Rexxie to release the two-single EP Nataraja (2021).

His latest EP, OUTLAW (2022), available to stream now on Apple Music in Spatial Audio, is a showcase of his meticulous musical arsenal. Spearheaded by the single “Apollo” (that features a sample of the DJ Clock and Beatenberg smash hit “Pluto”), the EP is a tour de force of melodic elements, from the Afropop anthem “Chop and Slide featuring Burna Boy” to the slower, sensual beat of “Kolomental”.

The latest music from Victony along with that of Africa’s hottest new artists, is available now on the Apple Music Africa Rising Playlist. 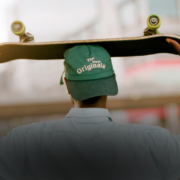 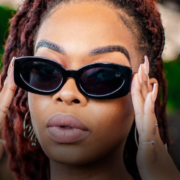