The world is tuned into African music now more than ever. Continental juggernauts like Burna Boy, Wizkid and, more recently, Tems have amplified the wave of global African artists. The continent is also beaming with talented artists in dance genres like Afrobeat and Amapiano, but there is also a wave of alternative African artists that are redefining the mould of an ‘African artist’.

Wavy The Creator hails from the African powerhouse of Nigeria. She takes influences from Pop, Afrobeat and Electronic music to create her own unique interpretation of these sounds. Wavy The Creator released a genre ambiguous album in 2021 titled P.S. Thank You For Waiting.

I call myself an alien because I stand out.

The dominance of West African Afrobeat often overshadows East Africa, but Tanzanian Turunesh is one of the brightest talents representing the eastern region. Turunesh has a strong affinity for bringing together visual aesthetics and sensual soundscapes to create a complete cinematic body of work.

In my opinion, sensuality is at the root of Swahili culture. It is our greatest taboo and our most defining feature.

Possibly the most left-field artist on this list, SOLIS is a Nigerian born indie soul artist with a sound that you won’t come across too often. Her music is spiritually and emotionally encapsulating and she puts a great deal of emphasis into the visual concepts of her art as much as she does in the music. Her 2021 Stairway to Heaven album saw her collab with fellow rising Nigerian talents Tim Lyre and DAP The Contract.

Nigerian born SirBastien represents the quirky or ‘nerdy’ persona that we typically don’t see in African artists. His music has hints of soft-spoken Afrobeat elements, fused with Caribbean and Electronic music.

I think it’s easier to describe a person than describing complex topic, like saying “I Love You” is very boring, compared to “I love the way you use your computer in the morning”. It sounds cheesy and weird but I think it’s a lot better, it shows there’s a lot more to it.

DAP The Contract’s Powers Vol. 2 album was my introduction to the world of Alte Cruise. The classically trained pianist has spent his time between Nigeria, the UK and the United States, and that mix of different cultures can be felt in his global sound.

My main focus in my music, aside from therapy for myself, information inspiration and positivity for others, is to bring people together by helping them to see we really aren’t so different from each other no matter what city, state, country, or continent we are from. 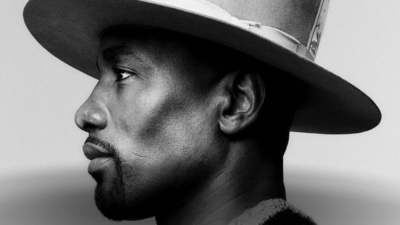 Serge Ibaka is best known for his play on the Basketball court, but the big ...